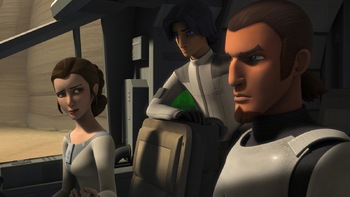 Princess Leia has three cruisers to deliver to the rebels, but they have to get them off Lothal without the Imperials suspecting that Leia arranged the deal.