Literature / Legends of the Red Sun 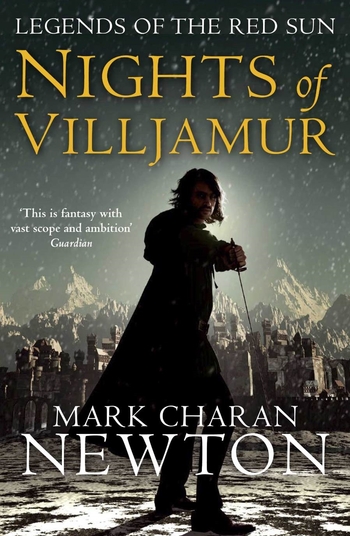 A fantasy series by British author Mark Charan Newton set in a fantasy world faced with an impending ice age. The series has received critical acclaim for its stellar world building, unconventional characters and exploration of real-life issues.

Legends of the Red Sun has been compared to the works of Gene Wolfe and China Miéville, the latter of whom has given it a favorable judgment. Legends of The Red Sun has also been viewed as the closing chapter of the New Weird era of the 2000s, as that subgenre was falling out of favour after the heights of Mieville's New Crobuzon.