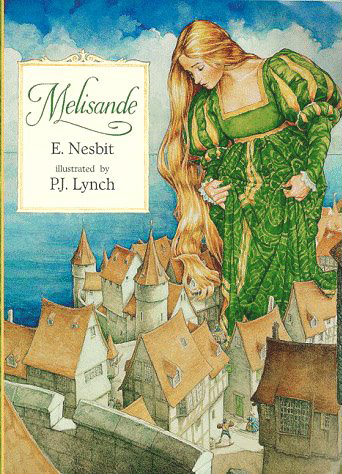 Melisande: or, Long and Short Division is a comedic fairy-tale by E. Nesbit with illustrations by P.J. Lynch.

The story begins with the birth of princess Melisande on a fictional island. The king and queen, deciding not to have a christening party to avoid offending any accidentally uninvited fairies, offend them all, and Melisande is cursed to be bald. Coming of age, she makes a slightly ill-advised wish for fast-growing hair, which quickly makes her life hell, until her beloved Prince Florizel finds a clever solution. Said solution, however, has an even worse side-effect, which takes even more brains to solve...

It can be read online here.