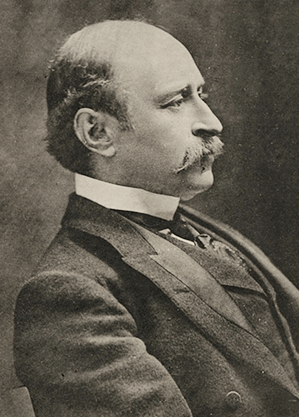 Joseph Jacobs (29 August 1854 – 30 January 1916) was a nineteenth century Australian folklorist and writer who collected English and Celtic fairy tales because — as the quote shows — he objected to the monopoly of German and French fairy tales over English children.

The best known of these tales is "Jack and the Beanstalk", his version being not the oldest known but certainly the oldest known of the most common form. He omitted the moralizing addition that Jack was told that the giant's treasures had been stolen from his own father both because it had not been in the version he had heard as a child, and because he thought children knew it was wrong without being told so in a Fairy Tale. Other tales you probably heard from are Goldilocks and the Three Bears and The Three Little Pigs.

Joseph Jacob's tales with pages of their own on this site include:

His works can be read in the SurLaLune site

(using the Way Back Machine) and the Project Gutenberg