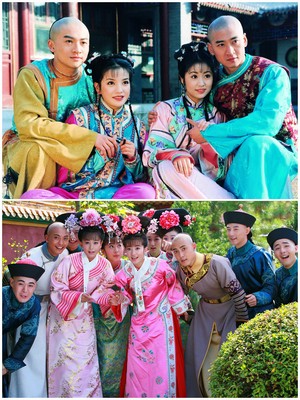 Huan Zhu Ge Ge: original series and the remake
Princess Returning Pearl (original name: 还珠格格; also known by its pinyin title Huan Zhu Ge Ge, or Princess Pearl or My Fair Princess or The Return of Princess Pearl) is a Chinese series set in the Qing dynasty in the time of Emperor Qian Long. It tells the Mistaken Identity story of Xiao Yan Zi, an orphan living in Beijing and Zi Wei, the illegitimate daughter of the emperor.
Advertisement:

, who afterwards also turned her screenplays into a series of novels consisting of eight volumes.

In 2011, the show was remade into a new TV series, retelling the story but with significant changes to character and storylines. 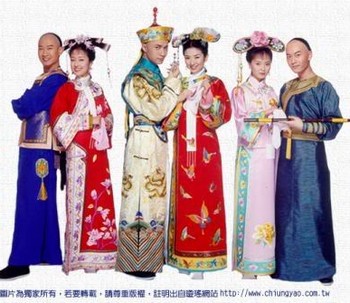