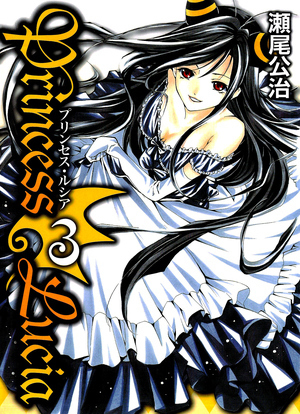 Koizumi Yuta is a 14 year old boy who has quite a bit of a problem. The demon princess of the magical world, Lucia, has to procreate with him. That child would have the ability to engulf the entire world in fire for seven whole days. Mikamoto El and Kasukabe Rie are the two angels assigned to make sure that doesn't happen. Kasukabe Rie happens to be the girl he likes. Just how is he going to survive this ordeal?

Princess Lucia is a manga by Seo Kouji, author of Suzuka and A Town Where You Live. It was serialized from 2009 to 2015, first running in Monthly Comic Blade before the magazine ceased printing and it was moved to Monthly Comic Garden for the rest of its run.