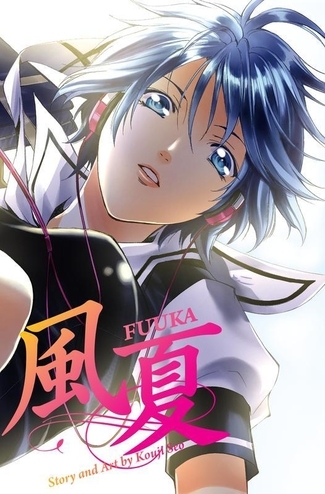 Yuu Haruna is a cell phone and Twitter addict who just moved into town. Out on his way to buy dinner while engrossed in his phone, Yuu bumps into a mysterious girl, Fuuka Akitsuki (the daughter of Yamato Akitsuki and Suzuka Asahina from Suzuka), who breaks his phone thinking he was trying to take a picture of her panties. What follows is Yuu's adventures in making friends and starting a rock band.

Created by Kouji Seo (author of Princess Lucia), Fuuka is set in the same universe as his previous works Suzuka and A Town Where You Live but is ultimately a standalone piece. The manga was serialized in Weekly Shonen Magazine from 2014 to 2018.

The manga is available in English digital-only editions

, new chapters were streamed on Crunchyroll