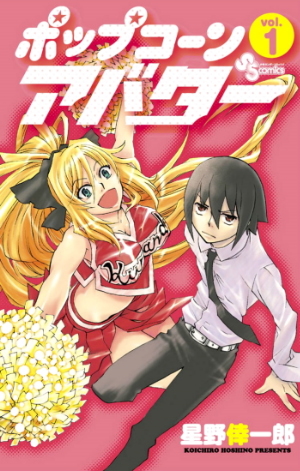 Wada Kurando is not a happy guy. He sees little point to the world, and barring his beloved sister Mafuyu, couldn't care less if it just ended one day.

This personal perspective is challenged however when, one rainy day, he is pushed off a bridge by a busty blonde. Instead of falling to his death, as one would normally expect, he is given the ability to fly, and avoid the very messy fall into the river below.

As he soon finds out from Lisa Vayu, the one who caused his fall to begin with, the power he has been given has a catch: he is now Lisa's avatar, her chosen representative in a battle where the fate of the whole world is in balance.

Kurando isn't thrilled at the idea to say the least — the world could rot for all he cares. However, if saving the world means that his sister can still have a place to actually live in, then maybe it isn't such a bad idea after all...