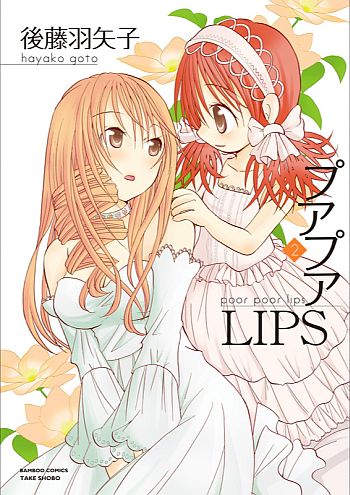 Okashi Nako is a poor orphan in the literal sense, living through life from one meal to the next since she isn't always guaranteed a meal the next time. Worse yet, the store she was working for had gone under thanks to the recession, so now she's lost her only source of income.

Thankfully, she finds a job in the want ads asking for a woman her age to work a cushy job as a sales clerk at $20 an hour. She's initially worried at first, wondering if the high pay is due to workers being expected to do questionable stuff by the boss, but relief settles in when she learns that the boss is a woman named Otsuka Ren.

Until Ren reveals that she's a lesbian.

Of course, despite her sexuality and position, she won't take advantage of her workers. However, there's a chance that while spending a lot of time together, feelings may develop, people may fall in love, and... oh look, all the applicants are leaving now.

Well, all the applicants save for Nako, who doesn't really care about that and is still wondering what the job will entail. After a few more talks, Ren decides that she likes Nako's personality and hires her. Oh, and Nako has no need to worry about Ren's sexuality, since Nako really isn't her type.

As an aside, the $20 per hour thing? Turns out that Ren is just bad at estimating the going rate for her sales people.

And so begins Poor Poor Lips, a Girls Love Yon Koma Gag Series by Hayako Goto about the life of a rich lesbian and her poor employee that manages to have a surprising amount of depth beneath all the puns and jokes. The manga was serialized in Manga Life from 2006 to 2012.