Manga / Poison Berry in My Brain 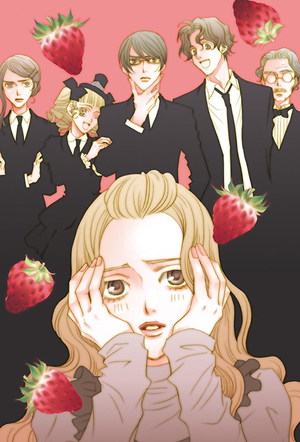 When 30-year-old Sakurai Ichiko sees 23-year-old Saotome Ryouichi, whom she met at a drinking party, there are five meeting members inside her brain to help her take action—five parts of Ichiko personified as people. In fact, what happens in her brain seems like the main part in the manga itself, all the way up to five volumes created by Setona Mizushiro.

The manga was serialized in Chorus magazine (later relaunched as Cocohana during the manga's run) from 2009 to 2015, and compiled into five volumes. On May 9th, 2015, a live-action movie based on the manga came out in Japan. In March 2020, a stage version

of the manga had a run in Japan.

Theme song for the movie.

See also Inside Out, the Pixar film with a very similar theme, and Yumi's Cells for the Korean equivalent.

Poison Berry in My Brain

Poison Berry in My Brain