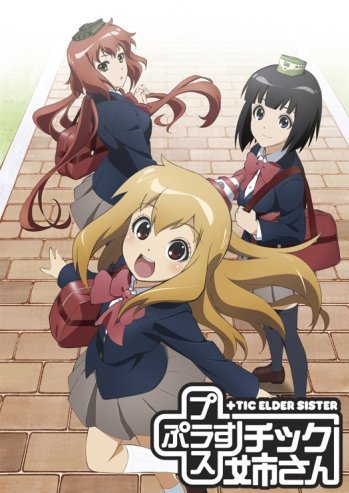 Plastic Nee-san tells the story of three high school friends - Iroe "Nee-san" Genma, Hazuki "Okappa" Okamoto and Makina "Makimaki" Sakamaki - and their adventures involving them and some of the other students and staff in their school. Although the three girls are supposed to be the three in charge of their school's Plastic Model-Making club, the manga instead shines the light on the absurd interactions held between characters.

A 12-episode TV adaptation was released in the Spring 2011 season, with each episode only lasting between three to four minutes.