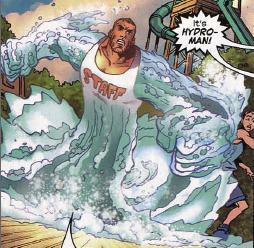 Hydro-Man, Hydro-Man, does whatever a hydro can...
"FLAME ON!!"
— The Human Torch, Fantastic Four
Advertisement: