When the world is in peril the Heroes Unite 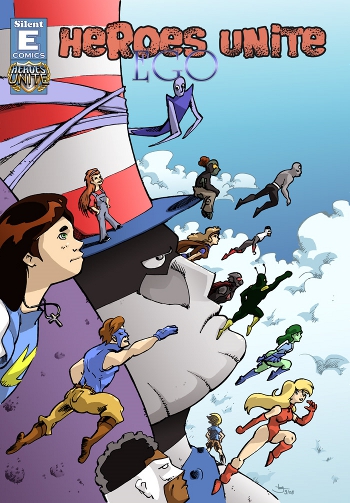 is a Super Hero webcomic hosted on The Duck. It is possibly the first webcomic done in a similar style to JLA or Avengers. Most of its members are superheroes from other webcomics hosted at Drunk Duck, Original Generation created for it or earlier, that didn't previously appear anywhere else. It won the Drunk Duck Award for the best cooperative work in 2009 and spawned three spin-offs:
Advertisement: