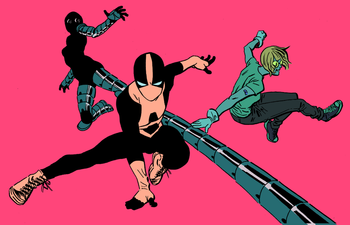 is a Webcomic about a hero who was sidekick to the world-famous Blackhawk, but has to learn how to be a hero after his mentor is murdered.