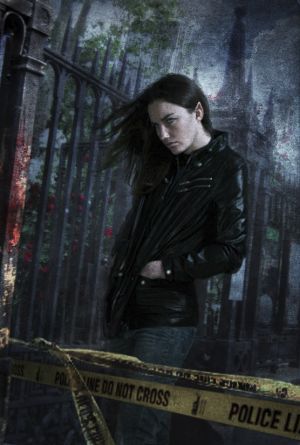 Toby Daye is a private investigator. She's also a changeling — daughter of a faerie creature of the Summerlands and a human. A loyal knight, she was investigating the disappearance of her liege's daughter. Her liege's Evil Twin busted her doing it, and the consequences of being caught cost her fourteen years of her life and everything that mattered to her.

As a result, Toby cut herself off from dealing with the fae world, and lived as a recluse and hiding her fae appearance under spells and illusions, until another fae, with her dying breath, geased a reluctant Toby via answering machine to solve her murder.

This is where the adventure in Rosemary and Rue starts. Toby must return to the fae community to solve the case or literally die trying thanks to the geas. To her astonishment, the fae community is happy to have her back. And once she solves this case, she only finds more to do.