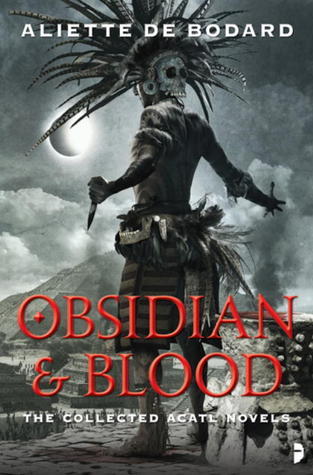 Obsidian & Blood is a book trilogy by Aliette de Bodard. It concerns the adventures of Acatl, High Priest of the Dead, as he tries to solve a series of murder mysteries in Tenochitlian, the capital of the Aztec Triple Alliance. Notable for being fantasy novels not set in some version of medieval Europe, but instead in the Aztec Triple Alliance at its height of power.

There are also three short stories set in the same universe and starring Acatl. All are avaliable online for free. They are: