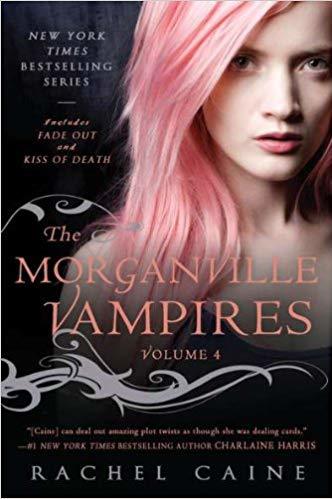 The Morganville Vampires Series is a series of young adult novels written by Rachel Caine. The books center around Claire Danvers, a sixteen year-old genius who graduated from high school early and started school at a small town college to satisfy her overprotective parents. When a girl in the dorms threatens Claire's life, she resorts to answering an ad in the paper for a roommate in a four bedroom house, which is how she meets Eve Rosser, a goth girl a few years older than Claire who works at the local coffee shop in town. Eve introduces Claire to the two other boys who live in the house, Shane Collins and Michael Glass. Claire barely gets in the door when Eve tells Claire the secret of the quiet college town— it's inhabited by vampires.

The first novel was adapted into a web series

The series comprises of the following books: