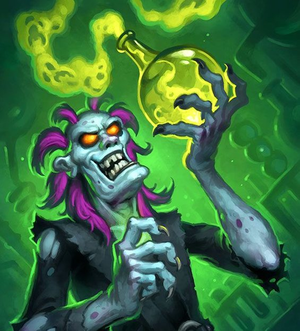 "Sadi could poison one person at a banquet with a thousand guests."
— Garion of Riva, The Malloreon
Advertisement:

A Master Poisoner is a character who is an expert in the preparation and administering of poisons. They can tailor a toxin to any situation: to paralyse, to knock out, to kill, or even other, more exotic, effects that others would consider beyond the realms of conventional toxicology.

The whole point is to be able to poison practically any victim (or victims) while not appearing to be the least bit involved, should they be so inclined.

Normally a mundane variation of Poisonous Person, though the two can overlap if the character is crafty enough.