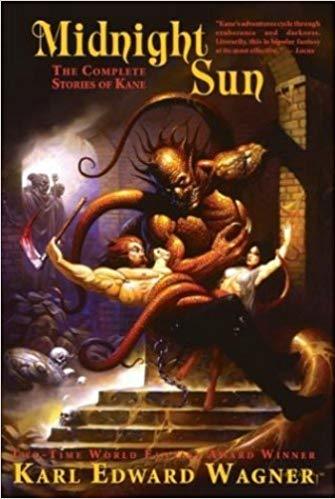 The Kane series is a Heroic Fantasy series by Karl Edward Wagner, about a Barbarian Anti-Hero or Villain Protagonist who has been cursed by a Mad God to an eternal life of wandering.

Not to be confused with Robert E. Howard's Solomon Kane. Or Charles Foster Kane. Or the WWE's Kane. Or the Messiah. Or Rick Riordan's Kane Family.