Literature / Guardians of the Whills 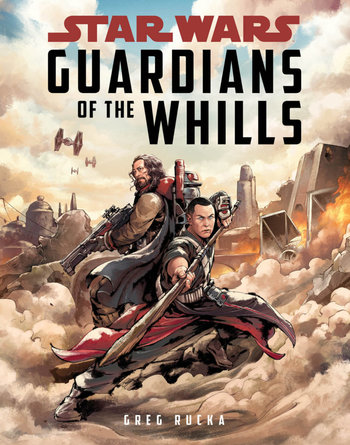 Guardians of the Whills is a Star Wars Expanded Universe novel written by Greg Rucka (who had previously done Smuggler's Run, Star Wars: Shattered Empire, and Before the Awakening), centered around Baze Malbus and Chirrut Îmwe before they took part to the events of Rogue One.
Advertisement:

It was released on May 2, 2017, alongside fellow Rogue One prequel novel, Rebel Rising.