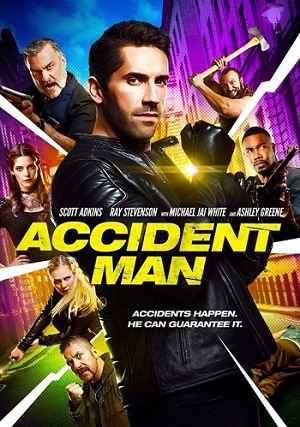 It tells the story of Mike Fallon (Adkins), a lethal assassin known as the Accident Man for his signature style of always making sure the hit looks like an accident. Mike has what he thinks is the perfect life, until he finds out that his ex-girlfriend was murdered and realizes that it was a hit carried out by some of his associates. From that moment on, Fallon goes on goes on a Roaring Rampage of Revenge against his coworkers to find out who executed the hit and who ordered it.

No relation to the novel, The Accident Man.