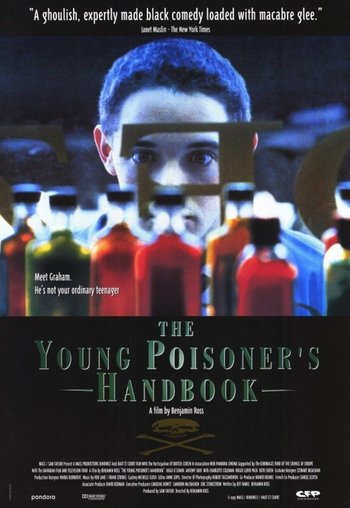 Anyone for tea?
Advertisement:

, more commonly known as "The Teacup Poisoner", an English Serial Killer who poisoned family, school friends and co-workers, killing at least three of them, before his incarceration in 1972. It was directed by Benjamin Ross and written by Ross and Jeff Rawle. The film stars Hugh O'Conor in the lead role.

14-year-old Graham Young is highly intelligent, but completely amoral. He becomes interested in science, especially chemistry, and begins to read avidly. Something of a social misfit, he is fascinated by morbid subjects such as poisons and murder. His family environment is intolerable to him and, in particular, his stepmother torments him. He decides to poison those who annoy him, first with antimony and later with thallium. He smugly thinks himself cleverer than all those around him, but nevertheless he is caught and sentenced to 'rehabilitation' at a psychiatric institution. Once there, he undertakes to deceive the new eminent psychiatrist sent there to 'cure' him, thereby securing his release.