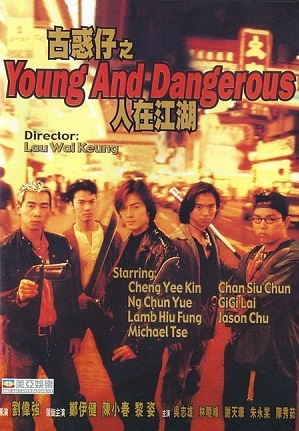 Based on a popular Hong Kong Manhua called Teddy Boy, Young and Dangerous is a series of live-action films detailing the various underground societies of the city. The films primarily contributed to the image of the triads and was condemned by circles as over-glorifying these secret societies. Regardless, the popularity of the films led to a total of 10 sequels and Spinoffs. The films also became a foothold for establishing its acting casts into mainstream Hong Kong actors.

The main series and spinoffs (in order of release) are as follows:

Tropes associated with Young and Dangerous are: