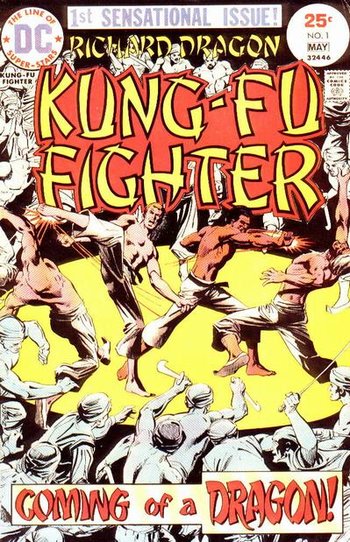 Richard Dragon Kung-Fu Fighter was DC's attempt to cash in on the mid 1970's Kung Fu craze, with its first issue being an adaptation of a pulp novel by the same authors that had been released the previous year. The book was canceled at 18 issues in the DC Implosion, which claimed 31 titles in all.

The series is notable for introducing the deadly Lady Shiva, who went on to become a much more villainous character against whom most of the DC's non-powered heroes have to fight or find ways to avoid fighting, and Ben Turner/Bronze Tiger, who became an integral part of the Suicide Squad as he sought redemption. Richard Dragon himself became important to the backstories of many characters throughout the DCU as a martial arts instructor, most notably The Question and Black Canary.