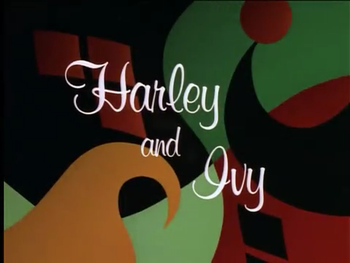 "This could be the beginning of a beautiful friendship!"
—Poison Ivy
Advertisement:

After the Joker kicks Harley out, she meets Poison Ivy and they form an unlikely friendship.