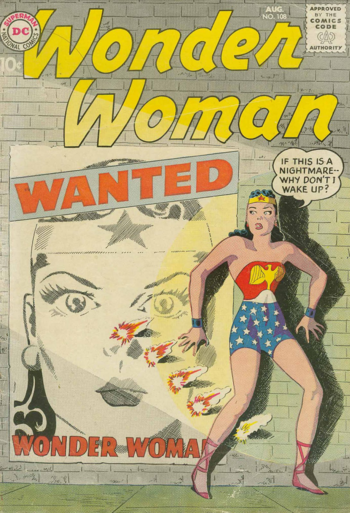 This trope comes into play when the public has been convinced that the heroes are, in fact, dangerous criminals and need to be stopped. This may be the result of a Frame-Up, a Villain with Good Publicity, or even the villain taking control of the government and turning its resources on the heroes.

The heroes are now in a Fugitive Arc. For a few episodes, a season, a movie, a book, a few levels, or even the whole of the work, they will have to lay low until they can gain enough power to take down the villain or arrange some sort of spectacle to get the citizens back on their side. Alternatively, this can become Protagonist Journey to Villain if they decided they are fed up with how the others treated them and become the full blown criminals they asked for instead.

While they are fugitives, they may have to go through a Stern Chase or face some very tough decisions under pressure. With their new fugitive status, they also may gain some less-than-good new friends.

A Fugitive Arc is usually particularly tense because any moment can turn into a conflict, and when the entire world is out to get them the odds are not in their favor. Additionally, there's the fact that The Hero usually doesn't want to hurt his pursuers who are simply pursuing someone they believe to be a criminal.

And they're quite likely to get into some "Wanted!" Poster–related shenanigans while they are at it, or having a Bounty Hunter chasing them.