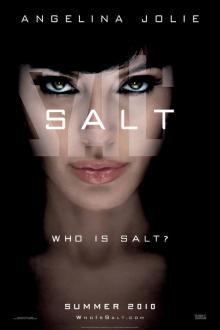 Jolie plays Evelyn Salt, a member of the CIA assigned to the Russian desk who is accused of being a KGB sleeper agent, and goes on the run to try to clear her name.