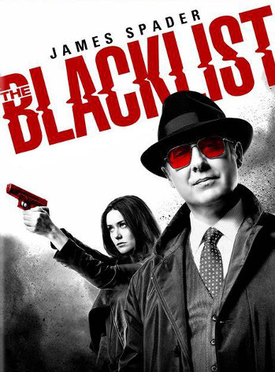 "I'm talking about the criminals who matter. The ones you can't even find because you don't know they exist. Let's call it the blacklist; that sounds exciting."
—Raymond Reddington
Advertisement:

The Blacklist is a television crime drama that premiered on NBC on September 23, 2013, starring James Spader and Megan Boone.

Raymond Reddington, ex-U.S. Navy officer and wanted fugitive, calmly strolls into FBI headquarters and turns himself in. While in custody, he claims to have a list that they would be very interested in, containing the names of criminals so cunning and careful in their plans that law enforcement doesn't even know they exist.

Reddington is all too happy to help catch them, but he has some conditions. First and foremost, he'll only speak to one person: Elizabeth Keen, a rookie profiler. She's never met him before, but he knows a startling amount of information about her, and he's reluctant to reveal why.

The show has aired eight seasons, with a ninth premiering on October 21, 2021.

The Blacklist contains examples of: