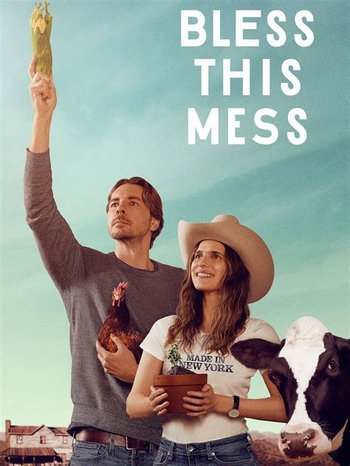 Bless This Mess is an ABC Sitcom created by Lake Bell and Elizabeth Merriwether.

Bell and Dax Shepard play Rio and Mike Levine-Young a couple of New Yorkers who decide to make a change and move to Bucksnort, Nebraska after Mike inherits his aunt's farm. They quickly realize that farm life isn't as idyllic as they thought it would be and have to deal with the the kooky townsfolk who are immediately distrustful of their new neighbors.

Bless This Mess contains examples of: