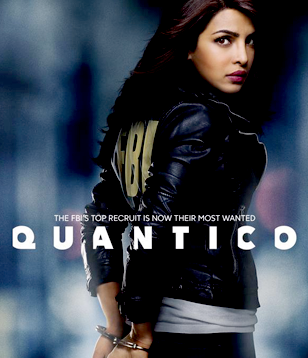 How To Get Away With Terrorism?
"They pitted us against each other. My fellow trainees came from all walks of life. They pushed us beyond our limits to see if we'd crack. They weeded us out one by one. They only wanted the best. But I didn't see this coming—nobody did. I never thought before I could save our country, I'd have to save myself. I need to find the truth."
— Alex Parrish in the Official Trailer

When an attack on Grand Central Station in New York City is named the most devastating act of terrorism in the United States since 9/11, newly minted FBI Agent Alex Parrish (Chopra) finds herself in a precarious situation: being framed for it.

Barely evading the FBI's custody following an arrest, Alex takes it upon herself to prove her innocence and figure out who's behind the attack—all the while avoiding their clutches. The real clincher? This unknown perpetrator is somebody she attended the FBI training academy at Quantico with.

Told partly through flashback to her days at Quantico, Alex is running on borrowed time and needs to act fast, or else she'll spend the rest of her life behind bars.

This series is notable for formally introducing Bollywood star Chopra to American audiences, as well as boasting a fairly diverse cast of characters led by Chopra's Alex, the only Indian character headlining a series on American network television at the time of the show.note Mindy Kaling formerly held this honor with The Mindy Project, before it moved to internet-based Hulu for the 2015–2016 season. Chopra is also the first South Asian actress to star in an American TV series. Alex's character had originally been written with a white actress in mind

but Chopra resisted efforts to change the character to incorporate more stereotypically Indian qualities, which included keeping her original surname.

An interesting aspect of the series in its early weeks is that while its first episode was rated TV-14 in the US and included a slightly graphic, if very brief, sex scene, succeeding episodes carried a much more mild TV-PG rating, unusual for a series airing in the 10PM primetime slot usually reserved for racier series.

The third (and final) season debuted on April 26, 2018, and the series ended on August 3rd of the same year.

This series is heavily arc-based, so beware unmarked spoilers on its pages.