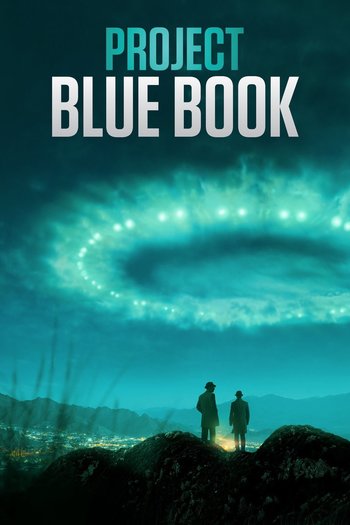 The truth is like the sun. The closer you look, the more it blinds.
Project Blue Book is a historical drama series that premiered on History channel in January 2019. The series is based on the real-life Project Blue Book

, a series of top secret investigations on UFO's beginning in 1952
Advertisement:

The main role of Dr. J. Allen Hynek, the underappreciated astrophysics professor recruited by the Air Force, is played by Aidan Gillen, while his counterpart Captain Michael Quinn is played by Michael Malarkey.

Not to be confused with Project UFO, also based on the real-life files.