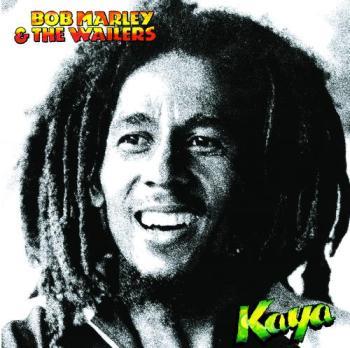 We'll share the shelter of my single bed.
Advertisement:

Kaya is a 1978 album by Bob Marley, the tenth in his catalogue. It was a surprising New Sound Album in the sense that most of the songs are devoid of Bob's usual Protest Song material (the last three are political, however). The Lighter and Softer approach is not only heard in the lyrics, which are mostly about love, but the sound is also more laidback. "Is This Love" was the first and only song for which Marley made an official Music Video, which shows him dancing and playing with a group of young children in the streets of London. This song, "Satisfy My Soul" and "Sun Is Shining" all became hits.

The CD reissue adds "Smile Jamaica" as a bonus track.