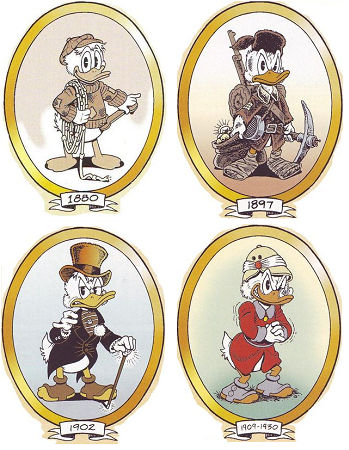 "It took me twenty years to strike it rich because I always played it square! I've decided to adopt new methods now!"
"You were right about me all along, Mr. Kent. I am the villain of this story!"
— Lex Luthor, Smallville
Advertisement:

The Protagonist's Journey to Villain is a plot in which the protagonist, who starts out well-intentioned, turns into a monster. In other words, it's the making of the Villain Protagonist. Sometimes this plot can be backstory, perhaps overlapping with Start of Darkness.

For example, Bob, the happy idealist and doer of good, endures a Trauma Conga Line, loses his loved ones and his morals through a series of battles with evil, and becomes just the opposite of what he once was. He is now a cruel, immoral evildoer.

However, note that this descent into evil has to be the focus of the plot or at least a very important plot point. A mere mention that a bad person was once good is not enough for this trope. This trope is about the journey to evil, not the traveler (Bob), nor the destination.

This is the primary arc in many a Tragedy, which usually ends with the death of the hero-turned-villain as its source of audience catharsis.

This is a subtrope of Fallen Hero, in that this is the journey of the Protagonist. Related to Tragic Hero, He Who Fights Monsters, The Paragon Always Rebels, Face–Heel Turn, Became Their Own Antithesis. Compare and contrast Start of Darkness, where a previously established villain's backstory is revealed. Compare Big Bad Slippage, where a character who may or may not be the protagonist becomes the Big Bad over the course of the story, or Sudden Sequel Heel Syndrome, where the "journey" happened off-screen between installments and at best might be elaborated upon. Contrast Redemption Quest.

SPOILER WARNING! In many cases, the mere fact that this trope applies to a work can be a spoiler. Read at your own risk.