Literature / Let the Right One In 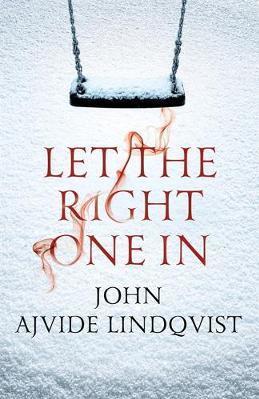 Låt den rätte komma in (Let The Right One In) is a 2004 horror novel by Swedish author John Ajvide Lindqvist. It's the story of Oskar, a 12-year-old boy who is being bullied at school. One night, he meets Eli, a girl who just moved in next door with her dad. However, Eli isn't affected by the cold and weirdly isn't sighted in the daytime. Meanwhile said "dad" Håkan is revealed to be out murdering people to drain their blood for some reason. As Oskar befriends Eli, the truth starts to come out. It's a love story mixed into a horror story with plenty of blood to flow from there.

Let The Right One In is most notable for being simultaneously heartwarming and horrifying. Although it has few outright scares, it can be a deeply disturbing novel, as the main characters' relationship invokes both young love and a temptation into darkness.

For tropes on the Swedish film, see Let the Right One In. For tropes from the English-language remake, see Let Me In.

This book provide examples of: