Literature / The Mysteries of Pittsburgh 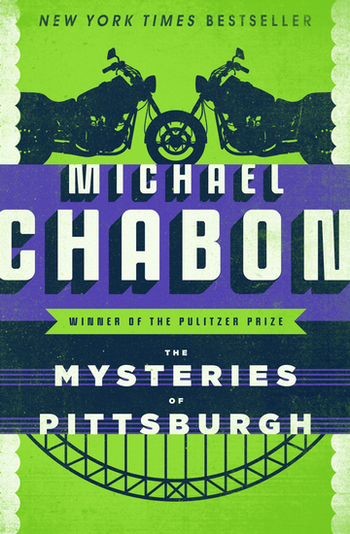 The first novel by award-winning author Michael Chabon, The Mysteries of Pittsburgh (1988) is a coming of age story following a young man, Art Bechenstein, as he finishes college and falls in a with a new group of friends in the following summer. Furthermore, his background as the son of a member of an organized crime family also complicates his relationships with his new friends and lovers.

It was adapted into a film in 2009, which was not well-received.

Alternative Title(s): The Mysteries Of Pittsburgh