Literature / My Name Is Red 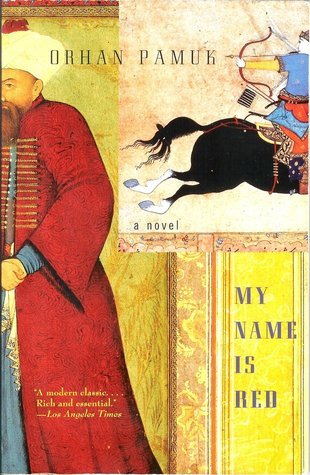 Weaving together art, history, religion, and a dozen other weighty concepts, My Name is Red is a byzantine and thought-provoking novel. The year is 1591, and from the Topkapi Palace in Istanbul, Sultan Murat III rules over the vast (and perhaps decaying) Ottoman Empire. It is a cold winter, snow falling around the slender minarets, the city seeming to turn in on itself for warmth. Around the world, new lands are being discovered, and the barbarous Franks grow ever more impetuous.

But this is of little concern to the miniaturists employed by the Sultan to illuminate books. Following the traditions of the Persian masters, they draw the world, hoping to capture the eternal and ineffable. Yet their lives are disrupted by the murder of one of their own, Elegant Effendi. Now, Kara, known as Black, a miniaturist who has returned from a long sojourn in Safavid Persia, must find the culprit before he and all other miniaturists have confessions tortured out from them.

My Name is Red is a fine example of a postmodern novel. No two subsequent chapters are told from the same viewpoint, though there are recurring narrators such as Black and his love, Shekure. The first chapter is even narrated by Elegant Effendi's corpse at the bottom of a well. Other chapters are related by inanimate objects, like a drawing of a tree or a gold coin. My Name is Red won the Dublin Literary Award for its author, Orhan Pamuk. Though not the easiest novel, the persistent reader will be rewarded with a fascinating and sometimes disturbing glimpse into Ottoman culture, values, and society.