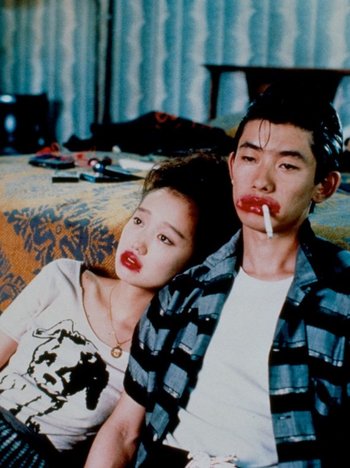 "You know, Memphis does look like Yokohama. Just more space. If you took away sixty percent of the buildings in Yokohama, it would look like this."
— Jun (Far From Yokohama)
Advertisement:

Mystery Train is a 1989 anthology film written and directed by Jim Jarmusch. It is composed of three segments, "Far From Yokohama", "A Ghost", and "Lost in Space". The three segments overlap with each other, and are tied together by the appearances of the bellhops played by Cinque Lee and Screamin' Jay Hawkins.