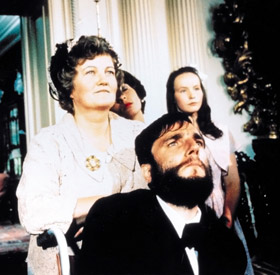 . Paralyzed from birth, Brown is written off as retarded and helpless. But Christy's indomitable mother never gives up on the boy. Using his left foot, the only part of his body not afflicted, Brown learns to write. He grows up to become a well-known author and painter.

The novel was made into an Oscar-winning drama in 1989 directed by Jim Sheridan, starring Daniel Day-Lewis as Christy Brown and Brenda Fricker as his mother.