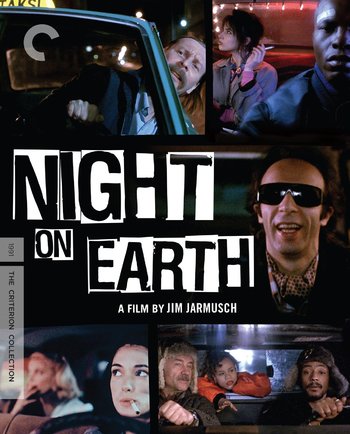 A 1991 independent film, written and directed by Jim Jarmusch, that follows five different taxi drivers from all over the world and their encounters with a customer that each picks up during their night shift. The movie is a unique blend of art house drama and comedy and features an international All-Star Cast including Winona Ryder, Gena Rowlands, Giancarlo Esposito, Rosie Perez, and Roberto Benigni. The soundtrack is by Tom Waits.

Not related to the documentary series Night on Earth.