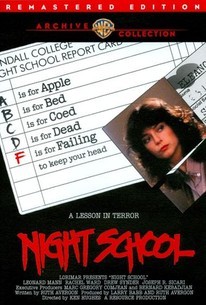 A Boston police detective investigates a series of gruesome decapitations of various college coeds committed by a helmeted, black-leather clad serial killer which leads him to suspect a well known anthropology professor as well as his female live-in assistant.