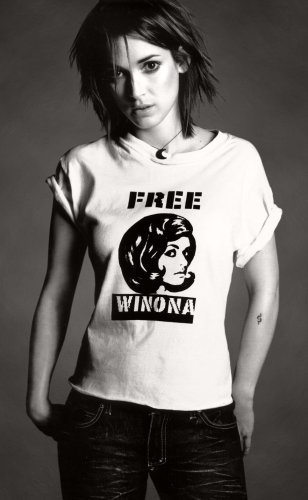 "When I'm acting well, it's the most exhilarating experience. When I'm bad, it's miserable."
Advertisement:

She became famous for playing kooky, slightly awkward characters from the late 1980s through the '90s. A few of these roles have been Lydia Deetz in Beetlejuice (1988), Veronica Sawyer in Heathers (1989), Kim Boggs in Edward Scissorhands (1990), Jo March in Little Women (1994), Abigail Williams in The Crucible (1996), and Susanna Kaysen in Girl, Interrupted (1999).

In the 2000s, her career saw a downturn and she took a sabbatical from films before eventually returning to the screen towards the end of the decade, appearing in high-profile works in roles such as Spock's mother in Star Trek (2009), Sandra Dulles in The Private Lives of Pippa Lee (2009), a supporting role in Black Swan (2010) and Joyce Byers in Stranger Things (2016-).

She was involved with the actor Johnny Depp for three years before they later split, and was linked with Matt Damon in the early Noughties.