Series / The Plot Against America 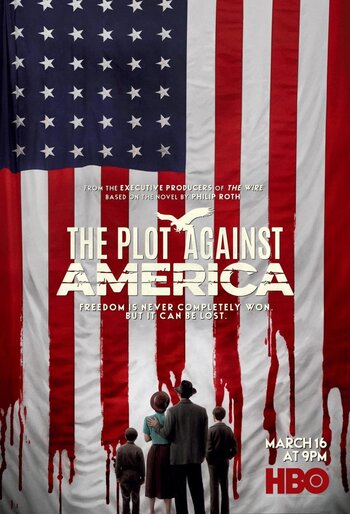 These colors do run.
Advertisement:

The Plot Against America is an HBO Alternate History Mini Series created by David Simon and Ed Burns of The Wire and Generation Kill. It is based on the book of the same name by Philip Roth.

The miniseries focuses on the extended Levine family, middle-class Jews from New Jersey who struggle against antisemitism and xenophobia in the wake of Charles Lindbergh's successful 1940 presidential campaign on an isolationist, "America first" platform.