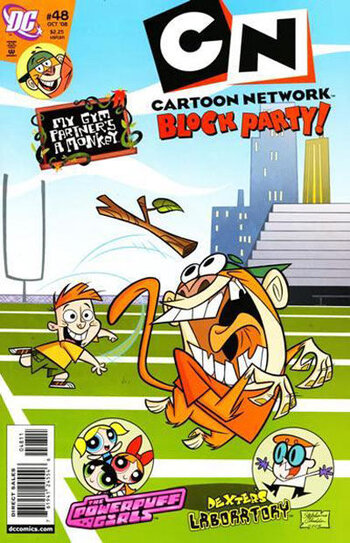 There's an Angry Guard Dog on your tail, what to do? Grab a stick, say "here boy" while waving the stick and whistling, and throwing it as far away from you as possible. (Especially if it is a lighted dynamite stick, which is practically mandatory in animated settings.)

Unlikely to work in Real Life. Professionally trained attack, bomb/drug-sniffer and guard dogs will ignore such distractions and stay on target. Needless to say, don't expect to successfully use this trope. That said, Mythbusters tested this one early in the show's lifespan and found out that your standard-issue guard Doberman can be distracted by raw meat for a little while, and they'll get completely obsessed over the urine of a female dog in heat (Guard dogs are rarely, if ever, fixed since it makes them more docile) to the point where Tory was able to successfully complete his objective. But with even stricter training it's possible to get them to ignore these as well.