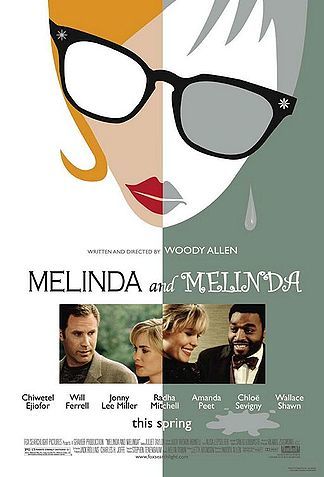 Melinda and Melinda is a 2004 American comedy-drama film written and directed by Woody Allen.

A group of writers conversing over dinner find themselves questioning if life is naturally comic or tragic. For the sake of argument, one of them tells a story about a woman, Melinda (Radha Mitchell) who crashes a party thrown by her friends, twice; once as a comedy and once as a tragedy.