Film / How to Make an American Quilt 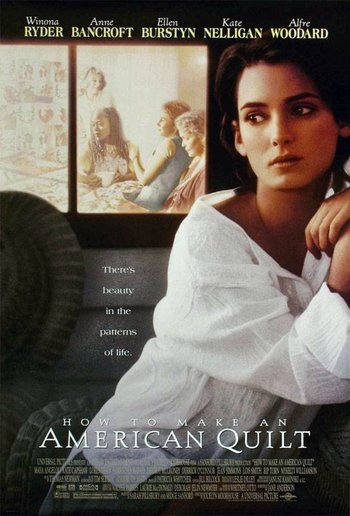 Finn Dodd (Ryder) is a young graduate student, finishing a master's thesis and preparing for marriage to her fiancé Sam (Mulroney). But thoughts of the end of the free life, and a potential summer fling, intrude. She goes home to her grandmother, where — over the making of her wedding gift by a group of quilting-bee friends — laughter, bickering, love, and advice lead her toward a more open-eyed examination of her course.