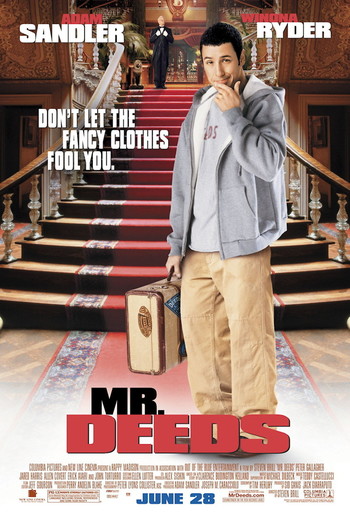 Mr. Deeds is a 2002 comedy film directed by Steven Brill, starring Adam Sandler and Winona Ryder. It is a (very) loose remake of Mr. Deeds Goes to Town.