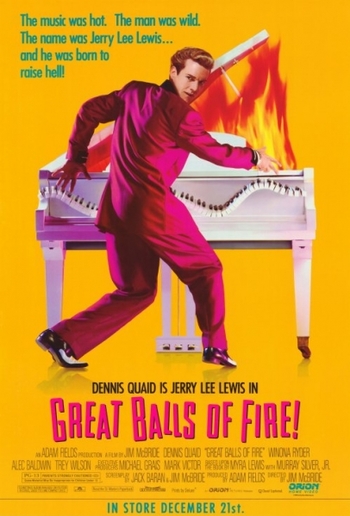 It entails Lewis' life circa the mid to late 1950s when his career started to take off only to be derailed by the scandal of his marriage to Brown, his 13-year-old cousin. Notably, contrary to the typically hagiographic tone of most musician biopics, the film is overtly condemning towards Lewis, depicting him as an abusive husband and arrogant public figure who descends into alcoholism as a result of his inability to take responsibility for his actions. Such a depiction was based on accounts from Brown in her 1970 divorce testimony as well as from the biography that the film is based on. The real Lewis would admonish the film for what he perceived as a lopsided portrayal of his life.

While Roger Ebert wasn't a fan of the film, considering it clumsy in its handling of Lewis' life story (particularly his rise to prominence), the film has received overall good marks from critics.