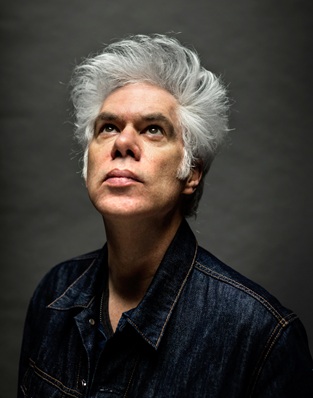 His work tends to be very existential, examining questions of the purpose of life - and never, ever, answering them. He tends to favour long, slow takes, and pays such attention to the scores of his works that they're practically characters. He's also done some acting, notably as the Frostee Cream Boy in Sling Blade and the car dealer in Leningrad Cowboys Go America. He also played Raoul Duke / Hunter S. Thompson in a radio play version of Fear and Loathing in Las Vegas and appeared as himself on The Simpsons and Bored to Death.

His filmography as a director includes:

Tropes pertaining to the man and his oeuvre: