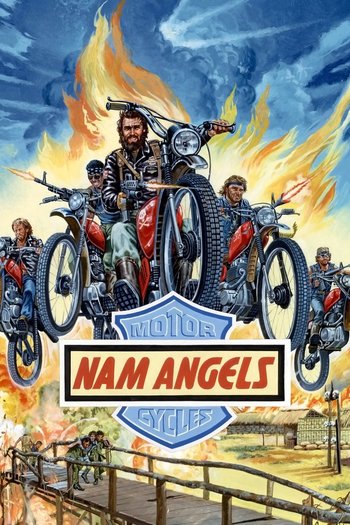 While fighting off a Viet Cong unit, Lieutenant Vance Calhoun is saved by an indigenous tribe. Or so he thought. You see, the tribe actually killed the VC unit because their boss, a former Nazi official, wanted to capture the unit for his own nefarious ends. Calhoun manages to escape, but loses the rest of his men. Desperate to not attract attention, the lieutenant contracts five soldiers to attack the base on motorcycles and break his buddies out.

Not to be confused with The Losers, an unrelated film with a similar plot (though it should be noted that said film has also been released as Nam's Angels, note the apostrophe).