Film / The Hole in the Ground 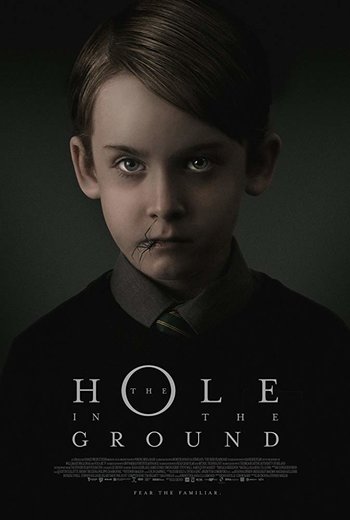 Fear the familiar.
The Hole in the Ground is a horror thriller 2019 movie directed by Lee Cronin, from a screenplay by Cronin and Stephen Shields.
Advertisement:

The movie follows a young woman named Sarah and her son, Chris, when they move to rural Ireland near a forest, where a large hole in the ground exists. After strange events, she starts suspecting that her son might have been switched by something else.

The Hole in the Ground contains examples of: